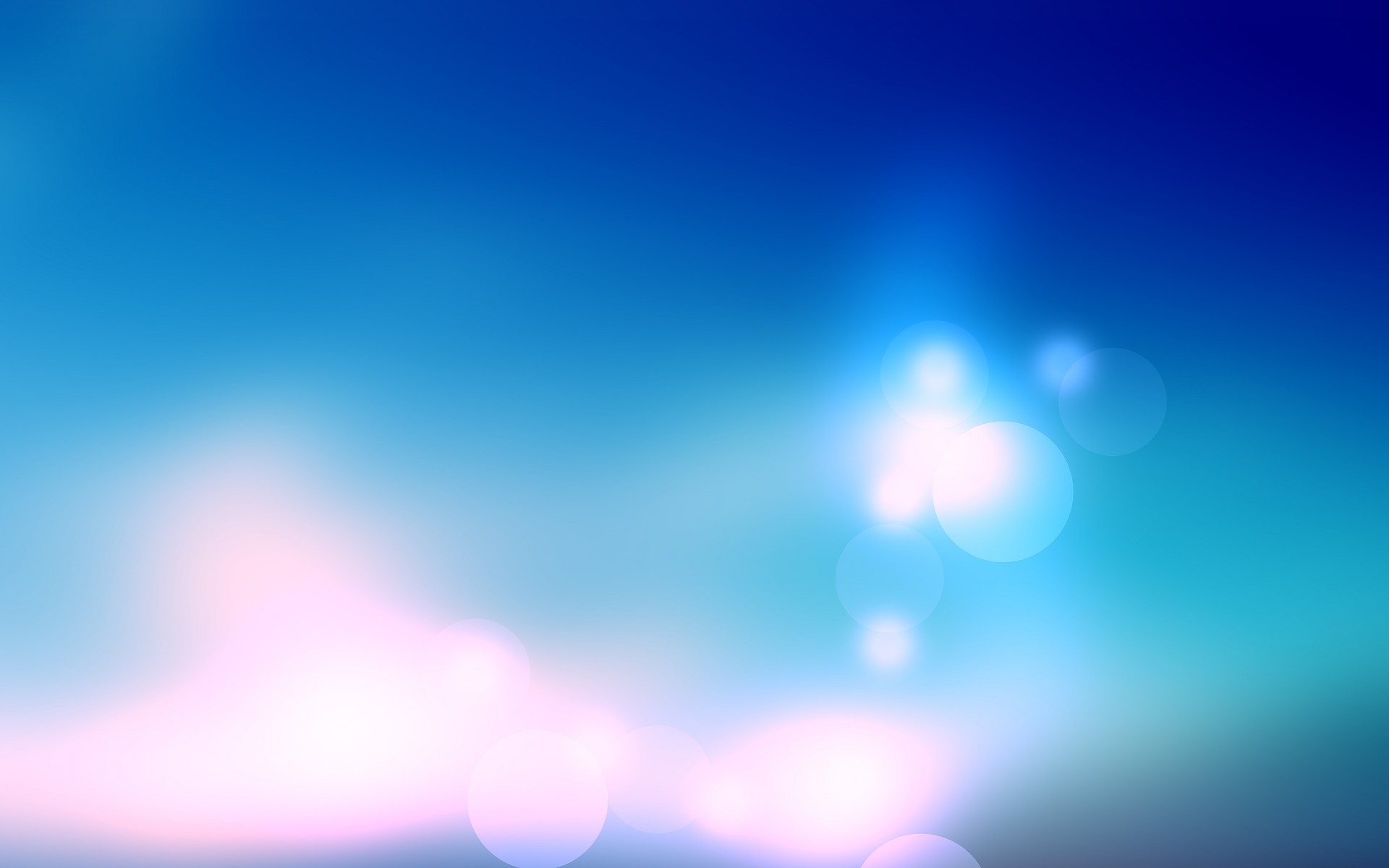 Cartour, has supported one year more, the pilgrims to El Rocio,held this last weekend. Below some history and information about this famous and spectacular pilgrimage. Next year, come to Huelva to discover the passion with which it’s held! For more information or for hire a bus in Spain.

The pilgrimage to El Rocio is spectacular, it feels like you have been transported to a bygone age. The El Rocio pilgrimage is the most famous in the region, attracting nearly a million people from across Andalucia and the entire country, and beyond. Every Andalucian city, town and village has its own pilgrimages, for its patron saint, virgin or other much-loved local figure. But the El Rocio has cult status, and is the most important and most colourful. It follows on from Semana Santa (March/April), and the various spring ferias, of which Seville’s Feria de Abril (April) is the biggest.

This cult dates back to the 13th century, when a hunter from the village of Villamanrique (or Almonte, depending on which version of the story you follow) discovered a statue of the Virgin Mary in a tree trunk in the DoÃ±ana park. A chapel was built where the tree stood, and it became a place of pilgrimage. Devotion to this particular version of the Virgin was initially a local affair. Then, by the 17th century, hermandades (brotherhoods) were making the trip from nearby towns at Pentecost; by the 19th century, they came from all over Huelva, Cadiz and Seville, on a journey taking up to four days. Over the next century, the cult of the Virgin del Rocio became more and more widespread, and these days participants come from as far away as Barcelona and the Canary Islands – not to mention tourists who travel from abroad, around Europe and even further afield.

WHAT, WHERE AND WHEN IS IT?

The object of the pilgrimage is a 13th-century statue of the Virgen Del Rocio (Virgin of the Dew), in the town of the same name. El Rocio is in Huelva province, in the heart of the DoÃ±ana park, between Almonte and the coast. Most pilgrims, known as rocieros, approach the town through the park itself. The town of El RocÃ­o is a sprawling, pretty Wild-West-style place (you tie your horse to a wooden rail with a sign saying “Reservado Caballos” – reserved for horses – while you have a drink or a meal), with sandy, unpaved roads (easier on the hooves). For a few days in late May or early June, Catholic hermandades (brotherhoods) and countless others flock from all over Andalucia, Spain, and beyond, to the town, to pay tribute to the Virgin del RociÃ³, housed in her own church in the town. Until the 1950s the town had only a few houses, and everyone camped in their wagons. Now, each of the 90 or so brotherhoods has its own house with stables, as well as its own chapel, with its name displayed at the front. Its members and their friends and families, and their horses, eat and sleep here during the pilgrimage weekend. People bring mattresses and bed down anywhere they can. There are impromptu parties, open-air masses, horse races and competitions between the hermandades. And lots of singing and dancing, at all hours of the day and night. These brotherhoods also stay at their houses at weekends throughout the year, with their families in tow, making each visit into a big fiesta. The pilgrimage takes place over the weekend before Pentecost Monday, the seventh weekend after Easter (see box, right, for dates). People start arriving on the Friday before, and leave again on Tuesday. Beware of heavy traffic going to El Rocio (on the Seville-Huelva motorway, and the minor roads in the area) the week before, and leaving again the week after. The actual pilgrims don’t travel on the motorway itself, but follow a route which sometimes goes alongside it – the queue of horses and wagons, surrounded by clouds of dust snakes back for miles. The church of El Rocio, the home of the famous El Rocio Virgin (Madonna of the Dew).

HOW DO THEY GET THERE, AND WHAT HAPPENS ON THE WAY?

Every late May, or early June, in villages and cities across Andalucia (especially the western part), you can see the locals gear up their covered wagons and don traditional Andalucian clothing – broad-brimmed hats and traje corto for men (grey, brown or black trousers, often with Western-style leather chaps, and boots), and flamenco dresses for women – a slightly different style, with a fuller skirt than the fitted Feria dresses – to head off to the El Rocio shrine, accompanied by their own virgin on her simpecado (float). Some still make the journey the traditional way, on horseback, or in picturesque gypsy-style covered wagons (reminiscent of the Wild West), adorned with flowers (either real or imitation), with curtains tied back, offering a glimpse of the interior. These are pulled by pairs of oxen, whose yokes have decorated leather headpieces, and bells hanging round their necks. It is a spectacular sight – one not to be missed if you are in the area (especially Western Andalucia) that week. In Seville, for example, groups of horse-riders (men are called jinetes, women amazonas) and processions of gypsy caravans from the Seville brotherhoods, gather by the cathedral on the Wednesday morning before, as they prepare to set off on their pilgrimage to El Rocio. They return the following Wednesday. Other hermandades leave from all over Andalucia, earlier in the week. There are three main, traditional routes, and most hermandades, wherever they are arriving from, eventually join one of these. These depart from Triana (Sevilla, to the north-east), Sanlucar de Barrameda (south), and Huelva (west). People also travel in big trailers pulled by tractors, ideally with shade as it can get very hot, as well as lots of food and drink. The rocieros sit on benches along the sides of the trailers, including many children who go on the pilgrimage every year. The more practical and comfortable, though less attractive, option is a big white caravan, with the same curved roof as the traditional models, complete with air-con and running water. This is pulled by a 4×4, as the route takes rocieros through the DoÃ±ana park, including several river crossings, so a tough vehicle is essential. Rocieras (flamenco style songs) are joyfully sung about the Pilgrimage. Everyone sings rocieras (flamenco-style songs about the pilgrimage) as they travel, and again at night around the campfire when the hermandades have stopped to eat, drink and dance and make merry, accompanied by plenty of wine. It is alleged by some that the annual baby boom which happens nine months after El Rocio always includes offspring produced as a result of extra-marital dalliances. To reach the shrine, pilgrims must cross part of the DoÃ±ana park, which is a protected area full of rare wildlife, including the famous lynx wild boar, horses, and many water birds on the marisma (wetlands) such as flamingos, herons, storks and egrets. Law enforcement is well organised, with Guardia Civil and others working hard not only to keep order, but also to protect the environment. Fire is a special concern, as this event is one long party involving copious amounts of drinking and smoking. Information campaigns combine with round-the-clock surveillance in order to keep both participants and DoÃ±ana safe every year. Volunteers follow the rocieros to collect the thousands of kilos of rubbish left behind.

WHAT HAPPENS WHEN THE VIRGIN MAKES HER APPEARANCE?

In the early hours of Pentecost Monday, the Virgin is brought out of her church by the Almonte hermandad, who claim her as their own. A tussle ensues between the various other brotherhoods for the honour of carrying her to the next chapel, and so she journeys around the town, visiting all the hermandades’ chapels, for the rest of the day. Popularly known as La Paloma Blanca (the White Dove), she is an object of massive veneration in Andalucia, and huge crowds push and shove just to get the chance to touch the glass case in which the Virgin sits, as she sways dangerously from side to side. People even lift small babies up to touch her. This remarkable, chaotic event is always televised by Canal Sur, the Andalucian regional TV station.

If you are not able to go on the El Rocio pilgrimage, the town of El Rocio itself is worth a visit at any time of the year. The modern church of Nuestra Seniora del Rocio, dating from the 1960s, is a stunning sight when viewed from across the water (stop off at the restaurant by the entrance to the town), where the dazzling white sanctuary stand out like a beacon against the verdant green of the marisma, inhabited by wild horses, and the deep blue of the sky. Equestrians will find plenty of shops offering riding gear, from (Western-style) tack, to all kinds of hats and boots, leather bags and woollen shawls, as well as flamenco dresses. If the wooden houses with verandas looks familiar, it’s because the Spanish pioneers took their style of architecture with them from Andalucia when they sailed to North America. 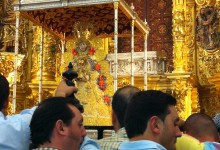 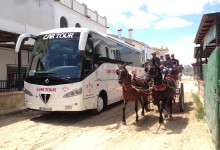 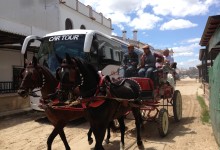